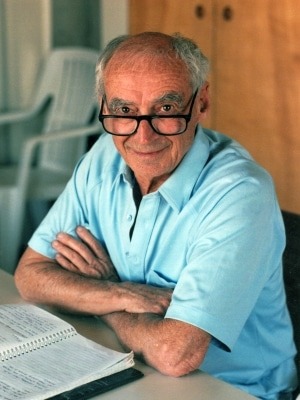 
Soleri was born in Turin, Italy. He was awarded his “laurea” (master’s degree with highest honors) in architecture from the Politecnico di Torino in 1946. He visited the United States in December 1946 and spent a year and a half in fellowship with Frank Lloyd Wright at Taliesin West in Arizona, and at Taliesin in Spring Green, Wisconsin. During this time, he gained international recognition for a bridge design displayed at the Museum of Modern Art.

In 1950 Soleri, with his wife Colly (née Corolyn Woods), returned to Italy where he was commissioned to build a large ceramics factory, Ceramica Artistica Solimene, in Vietri on the Amalfi coast.

He adapted ceramics industry processes learnedat this time to use in his award-winning designs and production of ceramic and bronze windbells and siltcast architectural structures. For more than 40 years, proceeds from sales of the wind-bells have provided funds for construction to test his theoretical work. Ceramic and bronze bells are still produced and sold at Arcosanti and Cosanti in Arizona.

In 1956 he settled in Scottsdale, Arizona, with Colly and their two daughters. He built Arcosanti with the help of generations of architectural students, as a community and place to test urban design theories. This “urban laboratory” became internationally renowned.

Paolo and Colly Soleri made a lifelong commitment to research and experimentation in urban planning. They established the Cosanti Foundation, a non-profit educational foundation. Soleri’s philosophy and works were strongly influenced by the Jesuit paleontologist and philosopher Pierre Teilhard de Chardin.

Soleri died on 9 April 2013 and was buried at Arcosanti.

Works in our Collection by Paolo Soleri

For more than 40 years, proceeds from sales of Paolo Soleri’s wind-bells have provided funds for construction to test his theoretical work. Ceramic and bronze bells are still produced and sold at Arcosanti and Cosanti in Arizona.