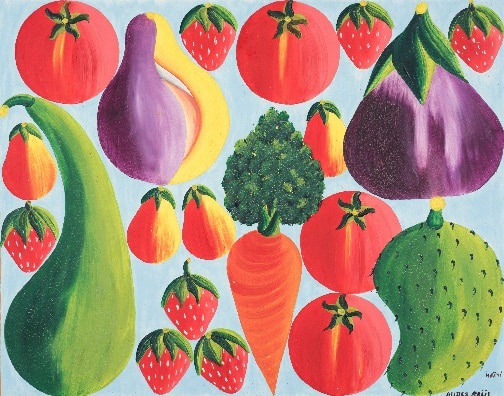 
Audes Saul was born in Bombardopolis, Haiti, in 1949 within a few miles of the point where Columbus first arrived in the new world in 1492. Orphaned at the age of 16, he migrated to Port-au-Prince in 1967. He worked as a laborer, carpenter, and electrician. His brother Charles, encouraged by Baptist missionaries, began to paint successfully, which prompted Audes to try his hand at it as well in the early 1970s.

In 1975 several of his paintings were chosen by Andre Malraux and Jean-Marie Drot for an exhibition in Paris and Auxerre, and were reproduced for an article in Vogue magazine. His works are shown in various foreign countries, notably France, Italy, Jamaica, Spain and Japan, where his work is quite popular, and the U.S., where they have been sold at the Sotheby Parke-Bernet Auction House in New York. 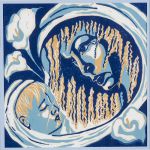