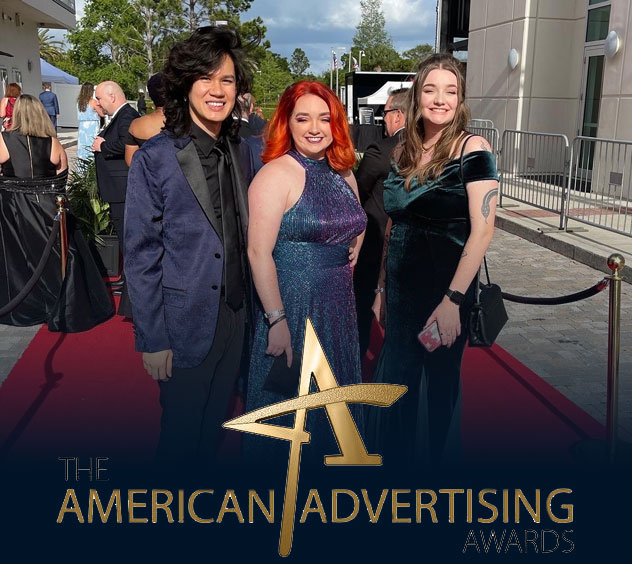 Nursing is a noble and honorable profession ─ but it’s not for everyone. Even nurses will tell you that.

Danny Nguyen started at Pensacola State College as a nursing student, but it just wasn’t a good fit. Instead, he enrolled in the College’s Visual Arts Program and has blossomed as a graphic design artist.

In fact, Nguyen won a Gold Award and two Silver Awards at the American Advertising Federation District 4 Awards competition held April 22 in Orlando. District 4 includes colleges and universities in Florida and the Caribbean.

“I started out in nursing, but it just wasn’t for me,’’ Nguyen explained. “I tried to do it and I’m glad I’m tried. But this was the best move for me. I didn’t have much of an art background, but this program sets you up step-by-step until you can figure it out on your own and go from there.”

Nguyen said he was offered a job by an Orlando advertising firm at the award ceremony, pending his graduation this fall when he will earn his Dr. Marjan Mazza Bachelor of Applied Science in Business and Management, Graphic Design Management Concentration.

Amanda Schmidt earned the same degree and is currently a graphic designer in New York.

“Our students did great, but they always do,’’ said Mark Hopkins, PSC Graphic Design instructor. “I think we really have a good chance of winning something at nationals.”

Hopkins said the awards ceremony is special for all students who attend.

“They get so much more out of it than expected,’’ Hopkins said. “They get the opportunity to get in front of people who are leaders in the business and show them how good they are.”

Out of Home and Ambient Media:

Out of Home and Ambient Media