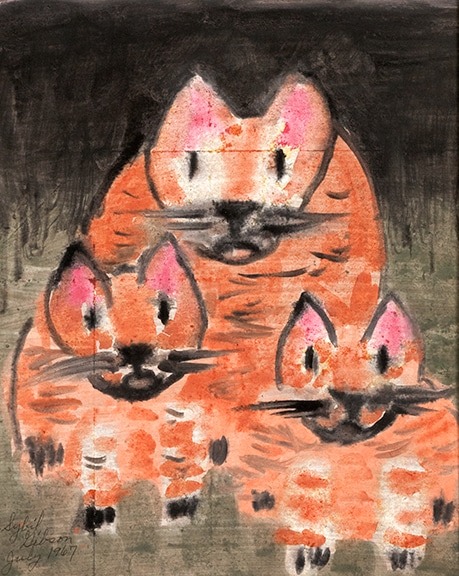 
Sybil Gibson was an American painter, born February 18, 1908 in Alabama. Gibson did not start painting until she was fifty five; her dreams of being an artist were crushed by her college art teacher told her that she had no talent. She received a B.S. in Elementary Education from Jacksonville State Teachers College which was her profession for most of her life.

During a thanksgiving dinner in 1963, Gibson was compelled to create something with the resources she had available – powdered tempera paints and paper bags.

Gibson has put on more than fifty exhibitions; around three hundred of her paintings are in museums and galleries. Many of her paintings were destroyed before her first exhibition in 1971. Gibson disappeared just before the opening, leaving artwork strewn over her house and lawn.

Gibson’s artwork is considered folk, or naïve/outsider art. It has a fragility and dreamlike presence. Gibson’s work mostly focuses on the human face, flowers, and small animals. 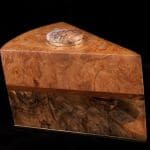 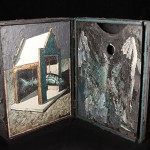 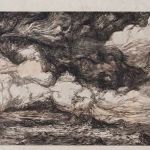 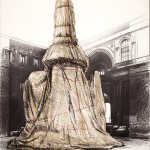 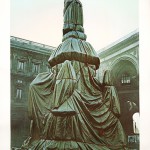 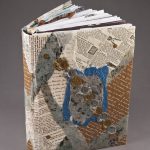